Every individual is unique and comes with a set of talents which are their very own. While the concept of traveling overseas for studies is not new, it has become a trend recently, with parents expecting their wards to travel far to gain an education. The question here is, should this trend be allowed or should the female students in Emirates go overseas to gain enough knowledge in their area or should they stick with the local universities?  There are many who argue that going overseas might bring more exposure and opportunities. However, there are some other sections which are against this trend and suggest that the preferences should be based upon individual interests and also upon the caliber of the student. The debate here is not about giving equal opportunities, but about what are the challenges she will be facing when traveling abroad and is it necessary to face them when she can study in Emirates itself.

Although many Emirati women want to study abroad, they have to overcome many challenges before they can go ahead with their plans

While the world has advanced considerably and moved forward, there are some very big challenges faced by Emirati female students when it comes to studying abroad. One of the most challenging aspects is getting the parental or guardian permission for traveling abroad to study (Coker, M. 2018). Here, one needs to understand that it is not only the overseas studies which require permission from the guardians but even local travels away from home is controlled depending upon whether a parent or a guardian offers acceptance for it. So, despite winning a scholarship or a seat in a prestigious college abroad, parental controls act as a mandatory factor before they can travel.

Also, many female students are controlled by societal constraints when it comes to higher studies. Many times, even when they get the opportunities, the lack of male guardianship to accompany them abroad or their permission has made them leave opportunities (Steph, 2015). Parents, with close-mindedness about women traveling, stop them from grabbing opportunities which have come their way. Researchers are of the opinion that this trend be because, the parents are still scared of their daughters being made victims of hateful rumors and other societal pressures (Saeed, A., 2016). This challenge is something that many individual female students have to face before they can fulfill their dreams.

Another very serious challenge that the students face in a foreign soil is the religious and cultural divide. Although the globalization has brought many changes in the values and traditions held by people around the world, some of the most stringent norms still stick together. That is why; several Emirati women who travel for studying find it hard to get accustomed to the cultural divide faced by them outside their country. In order to cope up with this, people opt for countries which are more traditional in their norms and do not outrightly neglect traditions. Ireland, for examples, is a country where many Emirati feel at home, due to their calm and quiet surroundings and traditional values. One of the female students who is studying in Ireland has been quoted by the reporter as saying: “People are more conservative than other western countries or other European nations’’ (Gokulan, D., 2013). This attitude is seen in many female students who feel that their parents would be more forthcoming if they choose such universities.

Even though, it is not always possible to choose such countries or institutes based upon the traditional values or equivalent family orientation alone. Students living abroad say in the US and the UK feel the one thing they miss the most is their celebrations. ‘Eid and other festive occasions mark a matter of highest importance in the life of Emirates and this is what they lack when they live abroad. There is also the fact about living independently when they are so much used to having a house help of some sort of person accompanying them everywhere (Mehari, A.D). Again here, the opinions vary. Many girl students are happy living overseas, even though there are challenges to be faced, such as discriminations or stereotyping of being from Arab countries.

Support Section – 3 Language and a Higher level of Education

It is true that the Universities in the UAE are catching up with the world in their educational reforms and modifications to match up with their contemporaries. However, there are still certain difficulties faced by the students when they travel abroad. Language barriers are one of them seen amongst not only the female Emirati students but also the male ones too. English, the primary language in all institutions across the world, save for a few countries, has posted a great challenge for the Emirati female students. Although Universities in Emirates have their medium of instruction as English, the society as a whole and the household itself has found to become bigger issues for the students traveling abroad. Many feel that this language issue has restricted their communication with fellow students and have hampered their writing skills too (Abu Rabia, H.M., 2017). Not only the writing skills or communication is affected, but the overall grades also very much decreased, making it challenging for the female students to cope up with the pressure.

The same is also true for the higher level of education in the universities abroad. While there has been constant change in the Emirati Universities to match up with the concepts and quality of education, female students traveling overseas have found the levels of education and expectations much higher in case of those universities than they were used to at home. Many take it up as a challenge to rise to the occasion and come up with several ways to tackle it, while several find it extremely difficult to cope up. The female students are more so, with their lack of communication levels and cultural shocks they face in such societies (McClusky, B., 2017). With male and female students placed in the same classrooms, it becomes difficult for many to even adjust to the norms and adapt to cultural shocks. There is also the issue of male professors in the overseas universities, which makes it difficult for the students to even get up to ask queries regarding their subjects (McLean, M & Higgins, S. B). All this and much more makes it difficult for them to cope up with a higher level of education, thereby reducing their grades.

There is a debate in many sections and even in the media that both male and female students have similar issues when it comes to cultural and language issues. The male students are also stereotyped as the female.

The point of contention here is that although the issues may be the same, there are certain facts such as Arab women not used to mixing with the male at home that poses a challenge for them. Also, the clothing makes a huge difference when it comes to men and women. While most women are used to Hijab at home, the same is not true for the male students. The same is true for sitting in the same class as the male students too. One of the female students felt it a sin to sit with a male counterpart in her class overseas, or even taught by a male teacher because she is not used to it back home (Abu Rabia, H.M., 2017).

There is also a debate in different sections of the society that several Emirati female students travel abroad today and have moved to different counties for education. If there is a challenge, where is it? Parents are not restrictive anymore.

While it is all true on paper, there are still many challenges faced by Arab women, when they want to travel abroad for higher studies. One of the issues is that many parents believe in getting them married young, and not wanting their daughters to travel to places and bring a bad name to their households (Raghavan, S., 2017). Similarly, the researchers have found that the social and parental pressures are still very much there are and the female students cannot move to another country without someone accompanying them. There is also this conservative attitude about the ‘biological role’ played by the female students in a society, and why they should not pursue higher education, such as in Medicinal field (McLean, M & Higgins, S. B.). These girls, when they aspire to become something or want to go abroad are married off earlier to avoid such conflict of opinion. Hence, even though there are changes, and many female students are going abroad, there are still many challenges that the female students face, more than the male counterparts.

The female Emirati students face a whole lot of challenges when they plan to go abroad to study further. Apart from the societal pressures, such as parental pressures, and cultural issues, they also find it difficult to cope up with the sudden changes they face in the other country. Being brought up in a confined environment and with limited interaction with the male of the society; it becomes difficult for them to face changes in the new place. The same is true with cultural shocks and other barriers such as speaking in a different language too. With most of them not very conversant in English, their communication becomes limited and they try to struggle to cope up with the problems. However, one positive aspect is that things are changing, and there are many more female Emirati students going abroad to study further. With Universities in the UAE making it easier for female students to study further than their high school, it has become easier for them to interact even with the male students in such universities. Even the parents are relenting, when they see what is happening in society. It is only up to the female students now to come out of the societal norms to make a mark in the world, in their own field.

McClusky, B. (2017). Investigating the relationships between education and culture for female students in tertiary settings in the UAE. Edith Cowan University. Retrieved November 30, 2018, from https://ro.ecu.edu.au/cgi/viewcontent.cgi?article=2976&context=theses.

Steph (2015) Help! I want to study abroad but my parents won’t let me! Retrieved from <https://whywaittoseetheworld.com/i-want-to-study-abroad-parents-wont-let-me/>

Essay on Why Should Emirati Female Students Study Abroad?

From essays, abstracts, thesis to dissertations, we have got you covered!

Hire us for all your academic related assignments, then lean back and relax.

So what are you waiting for?! Contact us today! 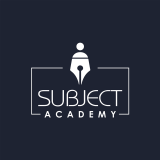 4 thoughts on “Why Should Emirati Female Students Study Abroad?”

We assist you to complete your projects perfectly

Climate change is the need of the hour and many ar